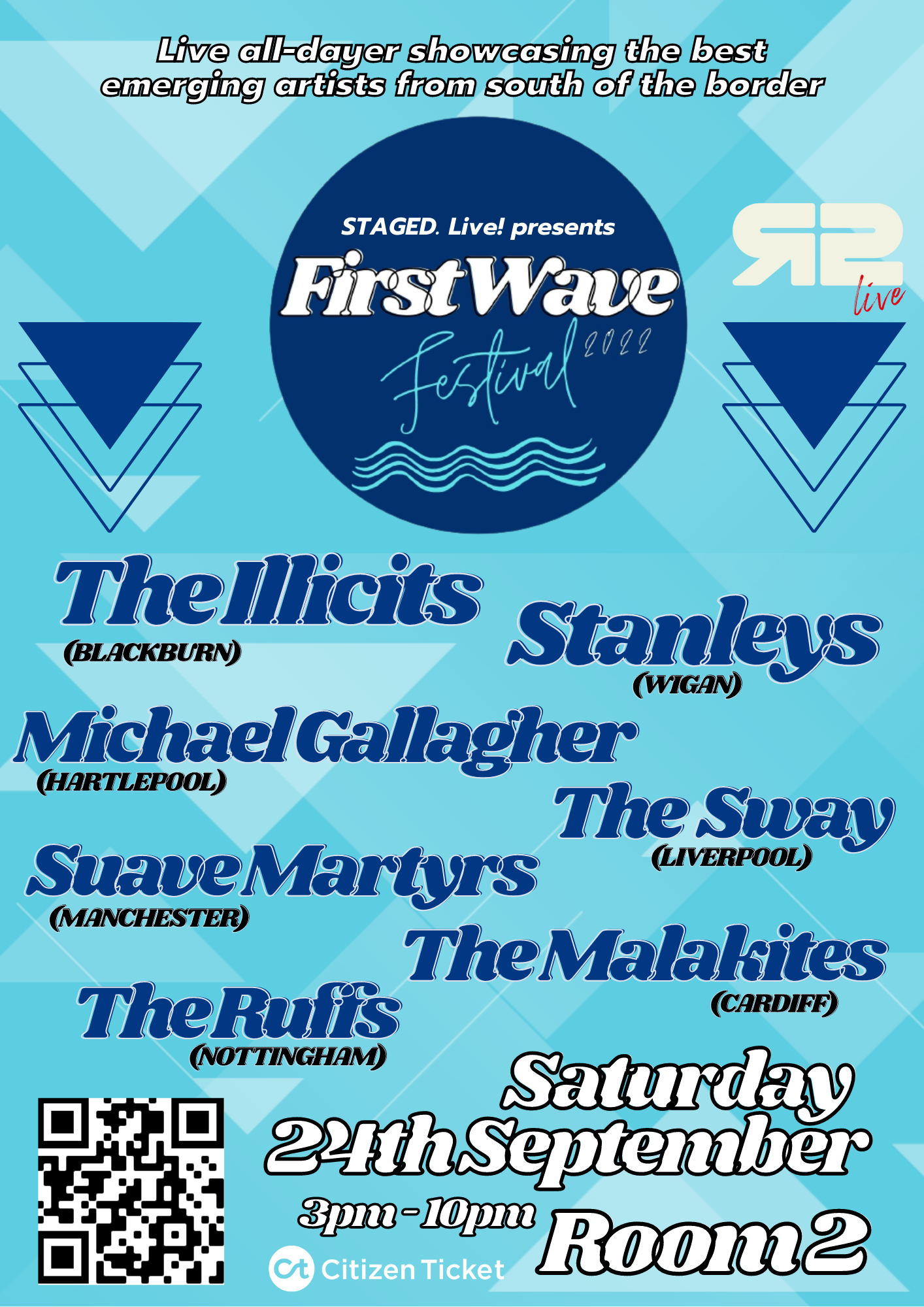 STAGED. Live! is proud to present an exciting new concept in First Wave Festival coming to Room 2 Live on Saturday 24th September (3-10pm).
“We are hosting a live ‘all-dayer’ to showcase the best emerging talent from South of the border. All of the bands featured are either making their Scottish debut or have had minimal exposure to the Scottish scene. We are here to change that and provide guests with the opportunity to say ‘I was there’ at the genesis of some major breakthrough acts.” Featuring:
The Illicits: “A four piece rock ‘n’ roll band from Blackburn. They became the first band to play live on Soccer AM without having released any music. The band have since released three singles, one of which features a guitar solo from Sex Pistols‘ Steve Jones. They sold out multiple shows on their debut headline tour, as well as earning support slots with Liam Gallagher, Primal Scream, DMA’S, The Zutons and Miles Kane. They recently sold out a hometown show in just two days purely on word of mouth. Their most recent single ‘Play Your Part’ is available to stream now.
Stanleys: “Emerging from Wigan, Stanleys are the next in a long line of illustrious musicians to emerge from the North Western town. Bands and artists ranging from George Formby Senior and Junior to The Verve, Starsailor to The Lathums are proud to call Wigan home, eventually taking their poignant songwriting across the rest of the country and Stanleys are set to follow in their footsteps. Perhaps there’s something about hearing a regional accent singing in full flow that’s endearing, or their jangly riffs and subtle drum beats reminiscent of other great North West bands such as The Smiths or The La’s Official. Some would argue the recognisable relatable stories told by front man Tom Concannon is the focal point of the band, with Jake Dorsman (guitar), Harry Ivory (bass) and Rob Hilton (drums and backing vocals) completing the line up. But ultimately, it is a combination of all these things that have seen Stanleys make their mark on the North West scene so quickly. Performing at The Lathums’ sold-out show at the O2 Victoria Warehouse Manchester, as well as sold out shows at the O2 Ritz Manchester with Jamie Webster and The Lottery Winners; all on top of selling out their own headline Manchester show in a matter of minutes, Stanleys have a strong-hold on the North West scene. And it’s now only a matter of time before the rest of the country are hanging onto their every word.
Michael Gallagher: “Real stories about real people and real life. That’s what you’ll find at the heart of every song by rising singer-songwriter Michael Gallagher, whose stories of love, loss, togetherness and friendship blend anthemic rock with sharply-observed three-dimensional lyrics that deliver social commentary and intimate detail. Born and raised in Hartlepool, the former shipbuilding and steel town in the North-East, Michael Gallagher is very proud of his roots and it’s the culmination of a musical obsession that dates back to Michael’s teens. While his father was away fitting gas mains and his mum had her hands full with Michael and his three younger sisters, it was Michael’s Nan who provided a musical education. “On family holidays it would always be Nan with her MP3 player,” Michael recalls, “and when I was 13 she gave me a big pile of CDs.” Among them were albums by David Bowie and The Rolling Stones — albums that went on heavy rotation next to the bands Michael had already discovered for himself: Oasis, Razorlight and The Wombats, then later on bands with a punkier edge like The Cribs.
The Sway: “A five-piece band from Liverpool with a range of music from 60’s style pop to heavier rock, with three singers who all write there’s a varied sound from track to track. The Sway have recently released a second EP, ‘Days Lost or Happily Wasted’.”
Suave Martyrs: “Since completing their line-up in the early stages of 2019, Suave Martyrs have gone from strength to strength, quickly building their reputation as one of Manchester’s most exciting prospects. And though much of the musical offerings on offer in the city these days seem to be rehashed and recycled, Suave Martyrs are breathing new life into blackened lungs. Such was the buzz following their first show (a support slot at Manchester’s iconic The Deaf Institute with Alan McGee’s Alias Kid) that their first headline at the much-missed Jimmy’s sold out in less than 24 hours, an impressive feat that has enabled Suave Martyrs headline some of the city’s best known venues, including Band on the Wall and Manchester Academy. Blending elements of 60’s West Coast rock, Madchester era indie and psychedelia, the five-piece manage to embody all that makes Manchester what it is, while avoiding the pitfalls of swaggering Gallagher-esque clichés.”
The Malakites: “Indie alternative rock n’ roll band from Cardiff, South Wales. Their sounds influences comes from all your favourite artists combined. As heard on BBC Music Introducing, Amazing Radio, This Is Music Radio and Indie Rocks UK Radio. Mark Speller: “Soaring guitar riffs, punch in the air chorus’s, a band ready for the biggest of stages”.”
The Ruffs: “Nottingham’s most exciting alternative rock three piece made up of brothers Connor and Tyler Spray alongside Blaine Monk. With Influences ranging from the psych realms of King Gizzard & The Lizard Wizard through to Oasis, the songwriting capabilities of front man Connor Spray are forever taking the band from one extreme to the other, demonstrated effortlessly during their high octane live performances!”
Buy Tickets 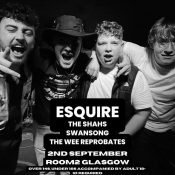 Headliner Esquire with support from The Shahs. Swansong and The Wee Reprobates. 14+. Under 18’s […] 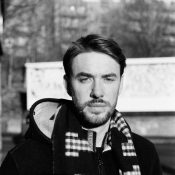 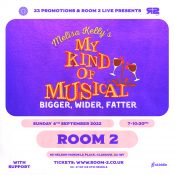 My Kind of Musical is a collection of songs and thoughts on being a chunky, […] 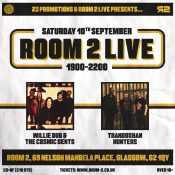 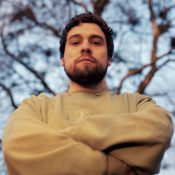 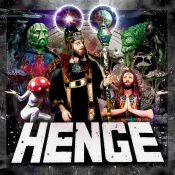 RAVELINGS OF PLANET EARTH!!!  Our intergalactic brethren HENGE will be landing in their spaceship with […] 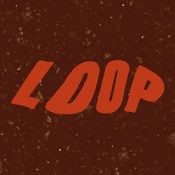 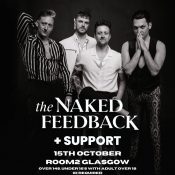 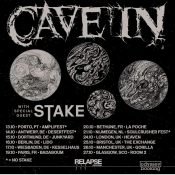 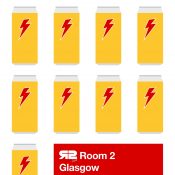 Mickey 9s are back in Room 2 Live Live on Friday 25th November! Anybody who […]