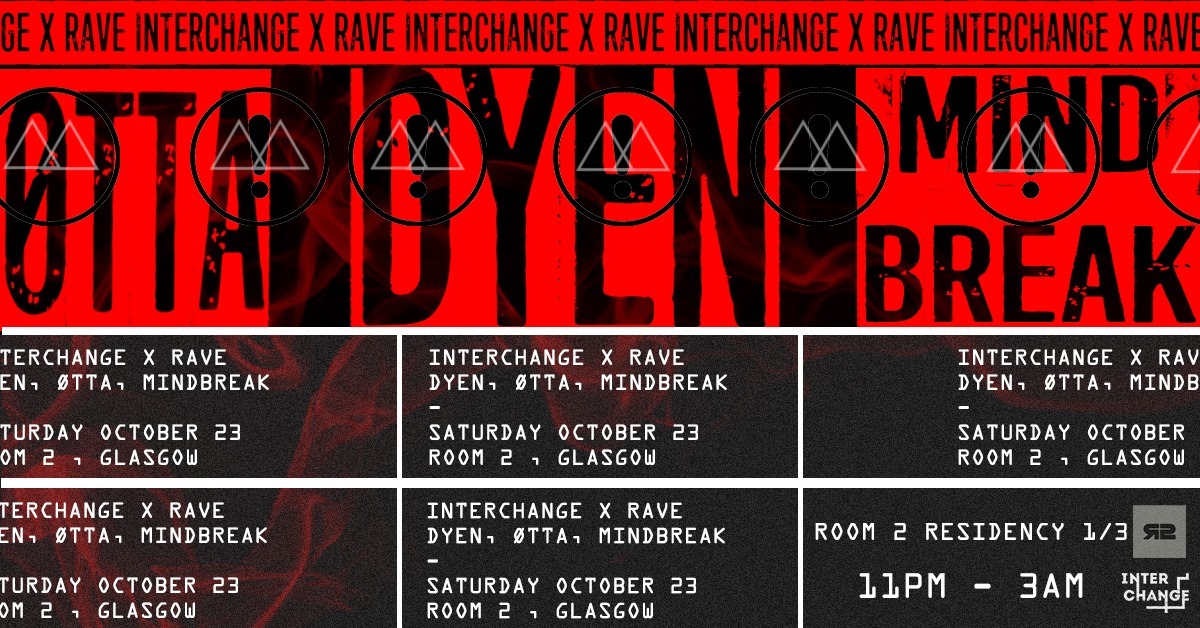 Starting Off Our Room 2 Residency With 2 Artists Taking Over The Rave Scene With Huge Force !!!!

Still in his early twenties DYEN is all about powerful, straightforward techno. Hailing from the suburbs of Rotterdam, the birthplace of Gabber, DYEN got inspired by the 90’s old school rave and contemporary hard industrial techno.
While his focus has always been on balancing between placement and production, he soon released numerous EP’s on labels like Rave Alert, Eradys, Coup, KVK which instantly gained him support from key players like Nina Kravis, I Hate Models, Paula Temple, Rebekah, Randomer, and AnD to name just a few..

ØTTA recently defined by Point Blank Music School as a “techno DJ” on the rise, with a moody aesthetic and merciless style her mixes are the stuff of delicious nightmares”.
Her roots of playing in an orchestra whilst raving across Europe
have brought forth an epic and merciless style that is now her
signature techno speech. Her style joins the sense of emotional
depth with raw solid basslines mixed with industrial noises. Melting different styles together allowed her to create a personal flow into a heavy and powerful techno inspiring rioting and raving whenever she plays.

Finishing off this line up its our trusty resident Mindbreak, who is sure to perfectly balance out this line up after hearing his latest mix Rave Vol 1 , containing a high speed blend of hard techno , gabber, hardcore , acid. Its sure to be one hell of a party !!
██ Live Arts Performances █