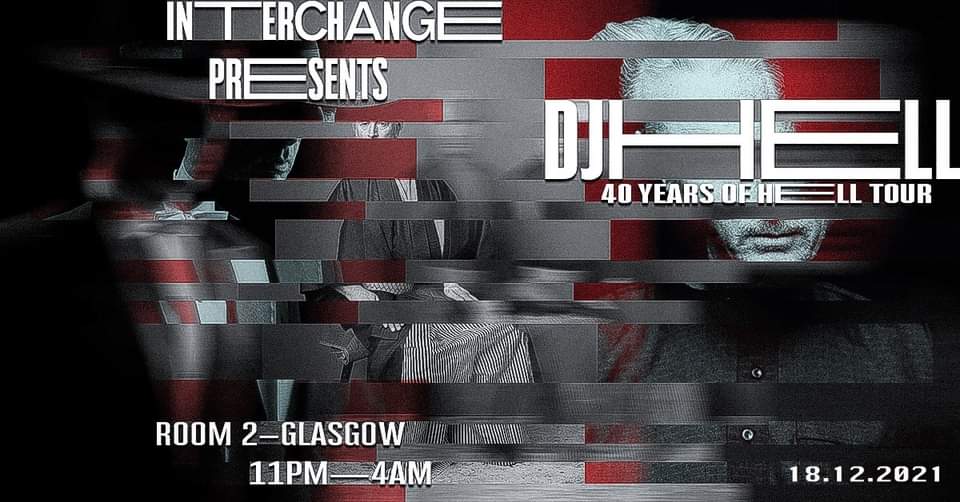 ___ DJ Hell ___
Making his long awaited Glasgow debut
As part of our Room 2 residency we bring to you legendary German techno and electro DJ/producer, DJ Hell.
Being At the forefront of electronic music since 1990s and now celebrating 40 years of Hell. His production has been featured on a number of influential labels over the decades including Dikso B, Datapunk, Get Physical, Buzzin Fly and K7.
DJ Hell is well known for his work as the Founder and Label Manager of International Deejay Gigolo. “Stylistically, its music spans the categories of Electroclash, Electro, EBM, electronic avant-garde House, Tech-House, and Techno, with influences from 1980s Pop and Disco. International Deejay Gigolos has released works by big names on the international Techno, House, and Electro scenes, including Jeff Mills, Dave Clarke, Tiga, Fischerspooner, Dopplereffekt, Vitalic, Bobby Konders, Miss Kittin, KLF, Tuxedomoon, and Laurent Garnier. . In the 20 years spanning 1996 to 2016 that he has handled A&R for the label, Hell has released over 300 singles and albums on International Deejay Gigolos.”
Buy Tickets