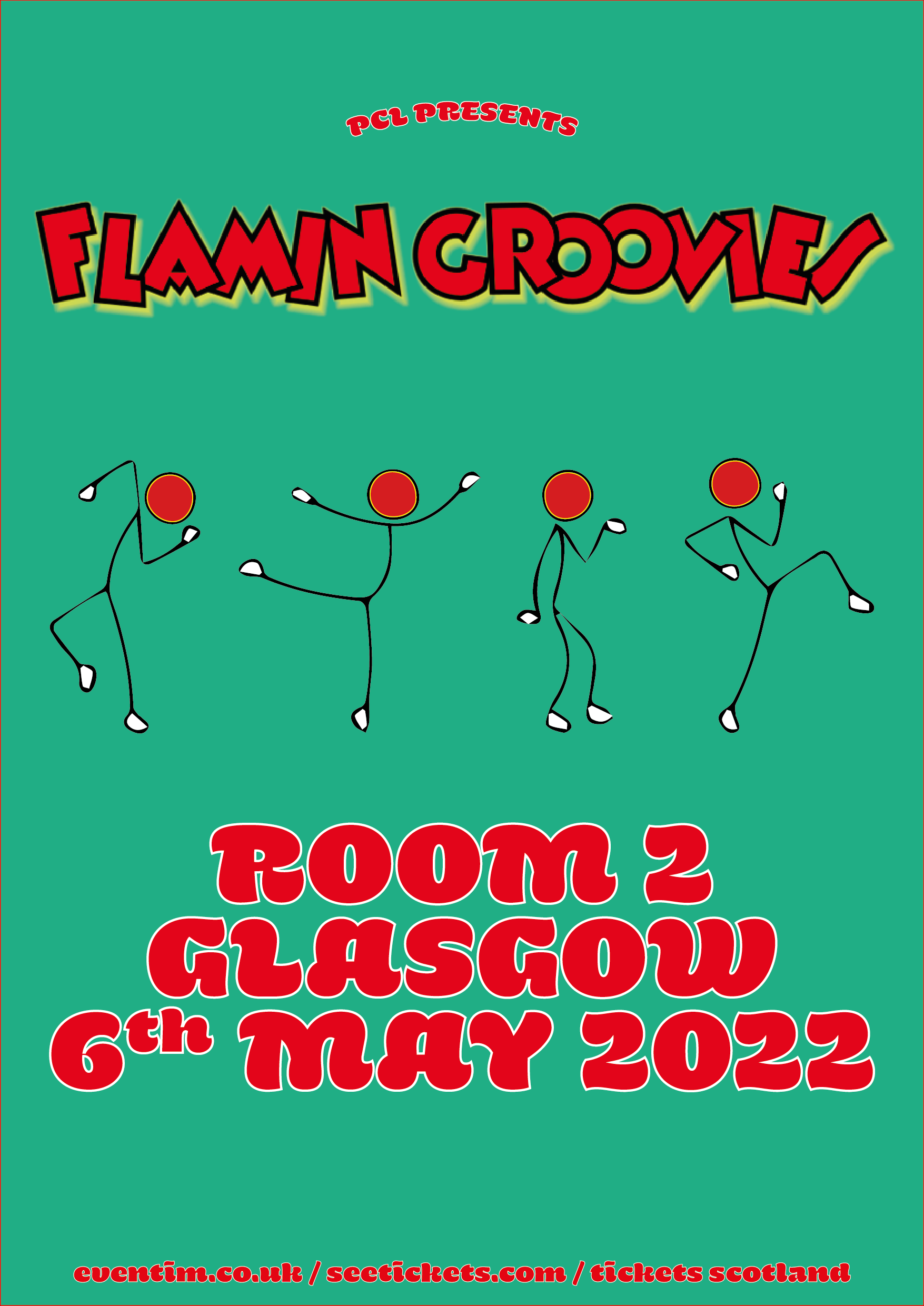 Flamin’ Groovies will be back in the UK in spring 2022! Cyril Jordan will bring his gang back on the road to celebrate the music of one of the most underrated, yet loved, rock ‘n’ roll bands ever!
The Flamin’ Groovies are an American garage rock band from San Francisco, USA.
Over 18’s.

“The Flamin’ Groovies story goes all the way back to 1965 when the band began as the Chosen Few in their hometown of San Francisco, California. After a name change and a self-released 10-inch album called Sneakers, which sold amazingly well, the band caught the attention of Columbia who sent them into the studio with a big budget to record their first real album, Supersnazz, on the Epic label. Their next two albums were on Kama Sutra (home of their heroes, The Lovin’ Spoonful): Flamingo, and the revered classic Teenage Head.

Lead singer Roy Loney left the band right after that and lead guitarist Cyril Jordan moved the group to England with Chris Wilson (formerly of Loose Gravel) taking over as front man. They continued their style of straight ahead guitar driven rock ‘n’ roll but this time with a more 60s rather than 50s influence. A few singles on United Artists, recorded at the legendary Rockfield Studios in Wales with Dave Edmunds producing, followed in the early 70s. In 1976 they signed to Sire Records, who released three true gems of power pop: Shake Some Action, Flamin‘ Groovies Now, and Jumpin‘ In The Night.

Another lineup change ensued, with Wilson moving to England and joining the Barracudas. The Groovies continued on through the 80s and into the early 90s touring Australia and Europe, putting out a fine but overlooked album called Rock Juice and then finally calling it quits. Jordan formed a new band called Magic Christian.

The band reunited in 2013, and toured and recorded for the past six years, they’ve played throughout the USA, including multiple tours of the East Coast, West Coast, and Midwest, a dozen shows in the San Francisco Bay Area, several highly successful tours of Europe, and repeated visits to Japan.

In 2016, they celebrated their 50th anniversary, and in 2017, they released a new album of all original material, Fantastic Plastic, which ranks amongst their finest.