Independent Venue Week 2022 in Room 2 Live with The Laurettes, Reely Jiggered and DIGNITY ROW.
Please select the ticket option for the act you are primarily buying your ticket to support. £10+BF in advance. £12 on the door.
18+. Challenge 25 is in place. Valid forms of ID are UK driving licence or passport. Gig will be subject to Covid guidance/legislation at the time for a 400 capacity venue.
The Laurettes: “Winners of the BT Murrayfield Scottish Playlist 2021, The Laurettes are an up and coming female duo from the West Coast of Scotland who have been performing together for just over 10 years. The girls can be found bringing the party to pubs, clubs, and festivals up and down the country. They swooped in at Number 1 with their debut single ‘Home Bird’ in the Amazon Folk Charts and are sometimes referred to as “Scotland’s answer to Tenacious D.” They bring a vibrant, feel good atmosphere everywhere they go, playing everything from traditional Scottish music to club hits and party anthems that are guaranteed to get the crowd jiggin’ and smilin’. The girls will have the full band back together for a night at Room 2. Joining them will be the insanely talented Amanda Ballingall on drums and Ari Loughlin on double Bass.”
Reely Jiggered: “They have got to be one of Scotland’s most interesting bands around at the moment….They are a real inspiration!” – OUTLANDER Actor Scott Kyle, Scotland Correspondent Magazine. Reely Jiggered, 02 ABC Winners of SoundWave Music Competition, are bursting with talent, alive with creativity and live to perform. They are inspired by Celtic Folk music, intrigued by World beats and melodies and are an interesting and unique fusion of funk, rock, pop and jazz taking folk music to new heights. Highly successful artists in their own right, founder members Alison McNeill (fiddle & vocals), Fiona McNeill (guitar, bodhran, vocals) and Scott McLean (percussion) are joined on occasion by Alex Shearer (bass) and Stuart Taylor (keys) bringing together their own musical tastes and talents to create a new brand of folk music. To go to one of their gigs is to be taken on a heady musical journey with furious fiddling, haunting traditional melodies, self-penned songs and eastern reel twists by Royal Conservatoire of Scotland trained Alison McNeill and sound designer sister Fiona McNeill. They are a uniquely rich visual and aural experience with a soaring diva soprano, the beauty of acoustic instruments, revved up by driving bass lines, wah-wah pedals and rocked up rhythms. Reely Jiggered is a powerhouse of diverse musicians who use their different musical backgrounds to create an exotic, unusual, inspiring and unique musical signature. As one of Scotland’s most interesting bands, they have headlined at International Festivals including Celtival (Italy), Volmarstein (Germany), Edinburgh Fringe Festival (Scotland), Eden Festival (Scotland) and Musica en Verano (Mexico), Cosmovitral (Mexico), The Lyre (Tokyo) and Minami Aizu Concert Hall (Japan). They have toured Pakistan three times for the British High Commission promoting gender equality in Lahore, Islamabad and Sialkot. In Scotland, they have appeared in top venues such as Edinburgh Castle, Stirling Castle, 02 abc, The Garage and the Oran Mor, Their self-titled debut album, released in 2011 to critical acclaim, received airplay in Australia, Germany, Mexico and America and has been featured on BBC Radio 3 and BBC Radio Scotland. Their second album “Kaleidoscope” was “Album of the Week” in September 2014 on Celtic Music Radio with Alan Grant describing it as “such a stunning collection of music by the most talented of musicians. It’s a while since I’ve been so excited about an album that I feel will live forever…” “Tricky Terrain” is Reely Jiggered’s third album released in 2020. The album takes its inspiration from the band’s travels and their home by the River Clyde. Alison McNeill’s compositions and lyrics are a reflection of the landscape, the people, the light and the water. New works are supported by atmospheric arrangements of songs of a past resident of the band’s coastal home – Robert Burns. Dai Jeffries of folking.com said of their version of Auld Lang Syne “If we had a track-of-the-year award this would get my vote.” This album is current, exploring politics, mental health and world issues. Sewn into this latest output is a celebration of Scottish Culture and Cultural Diversity. Reely Jiggered are passionate about the fusion of world music and enjoy creating cross-culture events. They have worked with Indian dancers, the Bangla Centre in Glasgow, Syrian refugees in Inverclyde and La Cameraderia in Mexico. They have set up projects working with young people keeping Live Music, Culture and Heritage alive in the community and beyond.”
DIGNITY ROW: “A Glasgow based band formed in late 2020. The core band is Jamie Campbell covering songwriting, keyboards, vocals and guitar, Dario Palazzo on guitars, Gavin Patterson on drums/sound engineering, Hermie Longalong on saxophone and Julian Pombo on bass guitar. Lead vocals are split between Jamie and a number of other featured vocalists including Christopher Campbell, Emma Gabarda, Catherine Ann Tierney and Hannah Foth. Jamie was offered a recording deal/publishing deal with Polygram at the age of 21 with a band called Cliché, but decided not to pursue this offer. He then played in a number of popular indie bands including Kick Reaction and Big Sur, supporting Wet Wet Wet, Deacon Blue, Robert Cray and The Levellers. DIGNITY ROW are working on their first album, being recorded at STUDIO 1790 in Cumbernauld. Five original songs have been released so far on all the major streaming platforms and are getting great feedback and airplay on local radio stations. There will be further interim releases of songs before then on Spotify and iTunes, including a Christmas single.”
Please select the ticket option for the act you are primarily buying your ticket to support. 18+ gig. £10+BF. £12 on the door.
Thank you for your support and see you there! 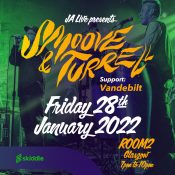 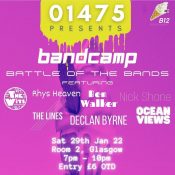 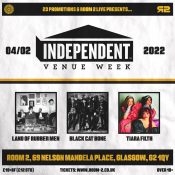 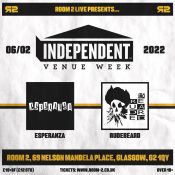 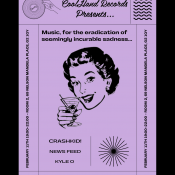 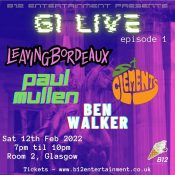 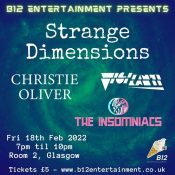 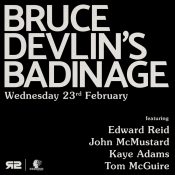 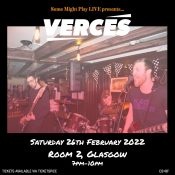 Some Might Play LIVE Presents…
w/ The Frontiers, Ocean Views, Plus 1 TBA

Some Might Play LIVE presents: Verces, Ocean Views, plus 1 TBA. A night of immense […] 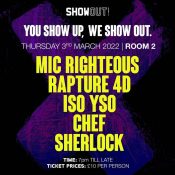 Showout Events is a new events company, A collaborative of event organisers and creative and […] 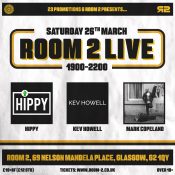 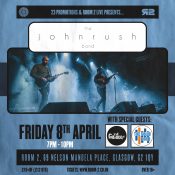 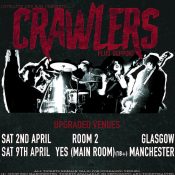 CRAWLERS plus support TBA. 14+. This has been upgraded to Room 2 after the original […] 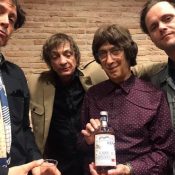 Flamin’ Groovies will be back in the UK in spring 2022! Cyril Jordan will bring […]